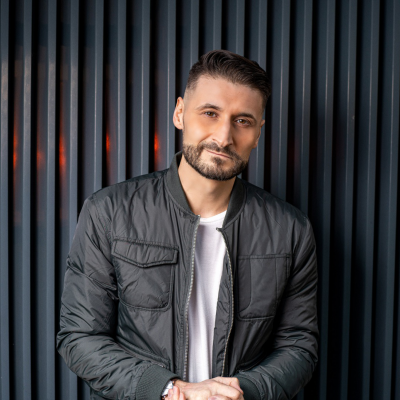 Kissy Sell Out – a champion hitter in the world of Dance Music, a man that has a glittering 15 year hugely successful career under his belt that has seen him head up one of the most popular specialist shows on the legendary BBC Radio 1, feature on the front cover of international renowned magazines such as Mixmag, DJ Mag and iDJ, he’s published six knock out albums and even by the tender age of 21 he’d remixed for the likes of Gwen Stefani, Calvin Harris, Mark Ronson, Groove Armada, Human League and Chromeo…

As a live performer Kissy takes no prisoners. He completely envelops himself within that moment, saturating his energy upon those who are lucky enough to witness the majesty of the vibe that is so unique to him. His 4-deck mixing style and incredible ability is one so many have taken inspiration from and looked to as a cornerstone of what’s possible. This talent has seen Pioneer turn to him to consult on the creation of the Nexus series CDJs and mixer and Kissy features on their showcase videos which have received millions of views online. Most recently his Facebook Live Streams have amplified his reputation as one of the best “skills” DJs on the scene today.

When it comes to life on the road, Kissy’s passport has been stamped by every corner of it. From Antarctica to practically every country in Europe, no fewer than seven nationwide tours of the USA, ten tours of Australia, triumphant seasons on the iconic isle of Ibiza as well as smash hit slots on the stages of Glastonbury, Creamfields and supporting the likes of The Prodigy, Dizzee Rascal, Fatboy Slim and LCD Soundsytem out on tour. No one can deny what an in-demand DJ Kissy is or the credibility he brings to a line up.

So, how do you sum up Kissy’s musical style? With difficulty if you’re intending to suffocate yourself within the standard parameters of dance music genres. Kissy is the conductor of his own musical composition in its entirety. He plays, creates and performs what he is inspired and fuelled by. He has consistently championed only that he believes in and has not been swept off course by trends or outside influences. When anyone sees him perform or tunes in to his radio shows, there is no mistaking his passion for the music he produces.

There is no other place where that is more true than within his home imprints of San City High and Stepper Man. The labels include a huge list of notable figures in dance music today. The likes of Dillion Francis, Jack Beats, Gorgon City, Huxley and Eat Everything have all cut their teeth here and gone on to be hugely successful in their own rights. With Zeds Dead’s release “Rude Boy” becoming the biggest selling record shifting over 100,000 units and being licenced to several Hollywood movies, you’d be correct in thinking that Kissy can definitely spot a hit track when he hears it.

What does the future hold for Kissy Sell Out? A brand new radio show airing weekly on In Demand Radio that will uplift, energise and electrify the listeners! Kissy’s also taken the opportunity of 2020s bizarre situation to concentrate on creating his own “ultimate” Ableton console emulation template which allows him now to bounce new music works faster than ever before. This means there is a melting pot of new exciting releases about ready to boil over as well as him continuing to push boundaries and produce music that hits the spot – whatever genre that is perceived to be!

Kissy Sell Out - The Man, The Myth, The One and Only.