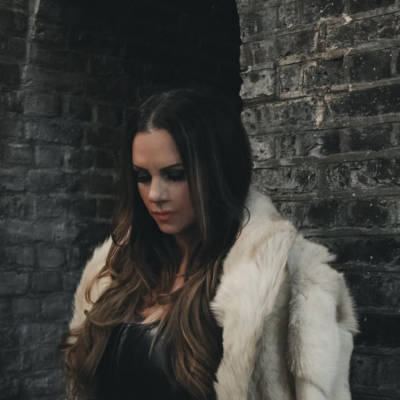 When it comes to the history of UK Dance Music, the name ‘Gemma Fox’ is practically part of its complex DNA. Closely entwined with the rich history of this iconic sound, Gemma has been an influential trailblazer, a decorated songwriter, hailed as the first female vocalist of a genre and a regular feature of many radio station playlists throughout the last two decades.

It was in 2001 when Gemma’s career took to a supersonic path to success as she joined Middle Row Records and released ‘So Messy’ to the masses. It was quickly picked up by BBC 1Xtra, stamping it as a huge hit which went on to sell thousands of units, catapulting her into the mainstream and planting her victory flag firmly on the block where it remains flying proud to this day.

In 2002 Gemma signed to the legendary Polydor Records and secured a publishing deal with Zomba/Jive, she then embarked on the journey of putting pen to paper for her debut and much anticipated album. The album, entitled ‘Messy’, featured collaborations with artists such as J2K, Rodney P, Jim Jones, MC Lyte and Juelz Santana. Gemma travelled the globe during this time working with amazing talent, honing her sound and sculpting the album to ensure it was the perfect reflection of the message she wanting to broadcast. She recorded with The Hood Rats, Chucky Thompson, Jonny Douglas, Midi Mafia and many more, working tirelessly to create the sound she strived for.

“Girlfriend’s Story” featuring MC Lyte was the pivotal point, the first single release in the UK and one that quickly featured on the playlists of Kiss FM, Choice FM, BBC 1Xtra, Galaxy FM, MTV and many other iconic broadcast channels. With the track’s inspiration heavily immersed in the story of domestic violence, Gemma proudly accepted the position as patron of Woman’s Aid in a bid to spread awareness.

The album went on to receive huge acclaim and was awarded multiple 5 star reviews from the likes of Hip Hop Connection, DJ, Touch and RWD. Gemma was ranked number 10 in the BBC Chart “Who to Watch”, she performed on MTV’s “Brand Spanking New” alongside J2K and Rodney P, Popworld and BBC 1Xtra Live at Maida Vale.

The years that followed saw Gemma busy with worldwide tours, a performance in Ibiza for Puff Daddy’s party, jetting out to Greece with Rodney P and DJ Samari, Denmark, Ireland and all while the album continue to sell well and receive support from some of the industry’s finest. She featured on FHM’s charity single with fellow artists Liberty X, Atomic Kitten, Naomi Campbell, Jodie Marsh and Sophie Anderton. Gemma headed back into the studio to work with a whole host of talented UK producers, kicking out hit after hit that went on to see her nominated for a MOBO in 2004 and winning Best R&B Act at the 2005 UMA Awards and Best Female Act at the Y2K Awards in the same year.

Building on her successes, Gemma set up Fox Ents and released her first independent single, the massive club anthem “Might Be” which was produced by the incredible Dexplicit. This track received huge support, hit BBC 1xtra’s playlist and topped their chart for over 12 weeks. Once again Gemma headed out to tour and perform for her loyal fans while at the same time her massively recognisable hits featured on globally successful compilations like “The Sound of Bassline”, “The Sound of Pirates”, “Pure Bassline: Mixed by DJ EZ” and saw her crowned by the public as a Queen amongst the dance music royalty.

Fast forward to now and Gemma has been back into the studio working flat out on new material that’s guaranteed to hit the headlines. There’s some incredible collaborations in store that will mix up her flavour and the fan’s calls have been heard - there will soon be brand new, very recognisable, Gemma Fox music pumping through the airways!

Alongside being back at full throttle producing new music, Gemma’s been paying it forward and working hard at mentoring the next generation of female UK artists as well as planning lots of new exciting milestones for 2021. Watch this space, as this First Lady reigns supreme.