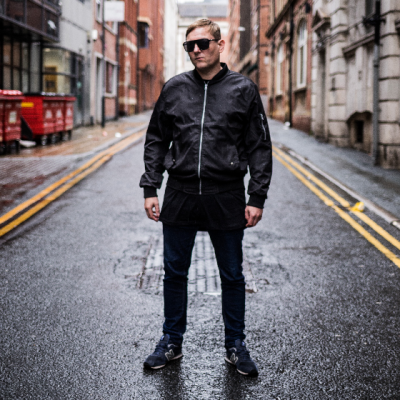 With a growing number of acclaimed releases on some of the most respected imprints in the business, there’s no doubt that Brett Gould has firmly cemented his place within the underground house circuit. Building his reputation behind the decks through a two-year residency at London’s Lightbox, as well as playing alongside the likes of Eats Everything, Solardo, Mark Jenkyns, Sasha, Franky Rizardo and more, he has quickly become one of the scene’s most exciting and accomplished talents.

Beatport Top 10s have become the norm for Brett, who quickly exercised his right to be on the same line-ups as his heroes with his energetic live performances and precision-engineering in the studio. It’s no secret that the deep, gruelling basslines, thundering backbeats and down-right danceability of Brett’s productions haven’t gone unnoticed; Claude Von Stroke, Lee Foss and Denny were amongst the names to give his 2016 release ‘Body Language’ the thumbs up, which resulted in a well-deserved ‘Ones To Watch’ accolade from DJ Mag.

And so, the floodgates opened; off the back of ‘Body Language’, the infectious ‘House Music Is’ was born. Riva Starr quickly snapped it up on Snatch Records and the rest is history. Spending a mammoth four month run in the Beatport Top 100 and peaking at #4, industry heavyweights Jamie Jones and Pete Tong were amongst those who gave it their support. With the 9th biggest selling tech-house track of 2016 now in his locker, 2017 was there for the taking, and Brett certainly didn’t disappoint.

A name now on the playlists of the industry’s tastemakers, it wasn’t long before Monki invited him to feature on her BBC Radio 1 ‘Lights On’ guest mix, and in 2017 Brett topped Beatport’s New Release Chart with “I’m Feeling Good Right Now” after Solid Grooves snapped it up. Overflowing with rhythm, the tech-house triumph mirrored the rumbling delights of his next chart-topper, this one coming out on Glasgow Underground – Brett joined forces with Hilton Caswell as their suitably titled ‘Take Me Up’ reached #1 on Traxsource last year.

Sharing the stage with Claptone, Pawsa, Latmun, Detlef and Jey Kermis is now just a scratch on the surface of Brett’s ambitions. A summer spent in Ibiza playing for Solid Grooves and Do Not Sleep, demonstrates further why he is ready to compete at the top level. Rounding off a big year by taking up remixing responsibilities for Darius Syrossian, Funk D’Void and Hauswerk, not to mention mixing ‘The Best of Snatch 2017’ for Riva Starr, Brett Gould hasn’t held back from the word ‘go.’

Smashing his way into 2018 with a release on the mighty Solardo’s label Solá, the phrase “start as you mean to go on” has never been more apt.