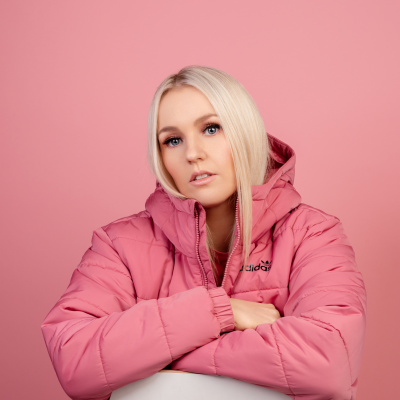 Northern Irish DJ and Producer Ali Story has aggressively pursued her passion both behind the decks and in the studio, whereby in a short space of time she has already graced iconic venues throughout the UK and Ibiza.

Although Ali has all the modern-day musical influence, all of this matured from an origin of classical background. Ali is fully equipped in the classical capacity bringing instruments like the violin, piano to her unique style. Ali has a passion for energetic tech house beats and song-writing and has already collaborated with the likes of Jaded, Malone and Monoky, with Ali’s first release “Dance Much’ soaring to no.7 on the Tech House Beatport charts. Following this, Ali secured her first solo release of 2020 on the mighty Toolroom Records, but there’s been no slowing down since.

Ali has a strong pipeline of solo projects planned for release this year on Club Sweat, Thrive, Axtone along with a couple others yet to be announced. Not only this, she has and upcoming remixe with world renowned leading female duo Nervo. Ali’s tracks are already seeing support from David Guetta, Edris Elba, Afrojack and multiple plays on BBC Radio 1, so with production high on her agenda, look out for some big releases this year!